Are Amazon’s AI-powered Go stores on their way to the British high street?

Amazon have an AI-powered vision for supermarkets

In case you missed it, the concept for Amazon Go is pretty simple. It’s a grocery store where a shopper walks in, scans their smartphone as they enter, picks up their groceries, and walks out, completely skipping the payment process.

Currently only available for employee beta testing, Amazon Go’s first location is a small premises in Seattle but stores could spread like wildfire if the company iron out rumored technology teething problems. While they are currently cagey about details (we asked for an interview), the Wall Street Journal reports that the system in their first store can only handle 20 test shoppers at a time.

To truly dominate the grocery market, size and choice matters, which means Amazon Go’s current model could hamper mainstream adoption. With a beta testing store size of just 1800 square feet, while convenient, does not leave room for many products on the shelf. That said, it hasn’t slowed Tesco or Sainsbury’s, who have seen smaller convenience-style stores as a more cost effective way to maintain market share.

Amazon call the technology behind Go ‘Just Walk Out’ and it does what it says on the tin. Advances in AI and sensor fusion have led to a model that is no doubt worrying for the big supermarket brands. ‘Just Walk Out’ is powered by a combination of deep machine learning, sensor fusion, and computer vision. These are the technologies that will also power self-driving cars, so what could possibly go wrong in a supermarket?

Sensor fusion, as the name suggests, is the fusion of several sensors to achieve understanding that one sensor alone could not. GPS tracking is one example of sensor fusion. Computer vision enables nearly instantaneous analysis of input, allowing computers to “see” and understand the data they’re fed. Combined with deep learning, these technologies could finally put an end to the dreaded unexpected item in the bagging area routine.

While details are sparse, it is presumed that after scanning into the store with their associated Amazon account, computer vision tracks customers as they shop. Each shelf likely contains weight sensors that know if an item is picked up, as well is if the user puts it back down.

The computer vision tracking, combined with the weight sensors could synchronise with an Amazon account, charging customers as they leave the store.

This week Bloomberg report that the UK IPO has granted Amazon the copyright to the slogan “No Queue. No Checkout. (No, Seriously.)” meaning we could be seeing them on these shores sooner than we think. While Britain’s big four supermarkets must be worried, Amazon could choose to opt for an easy windfall by licensing the Go model and its technology to other retailers. It won’t be long before the pack catch up anyway.

However, whether it’s eCommerce or cloud computing, Amazon have a strong track record of getting in ahead of the pack and making a financial killing before the competition can even blink. 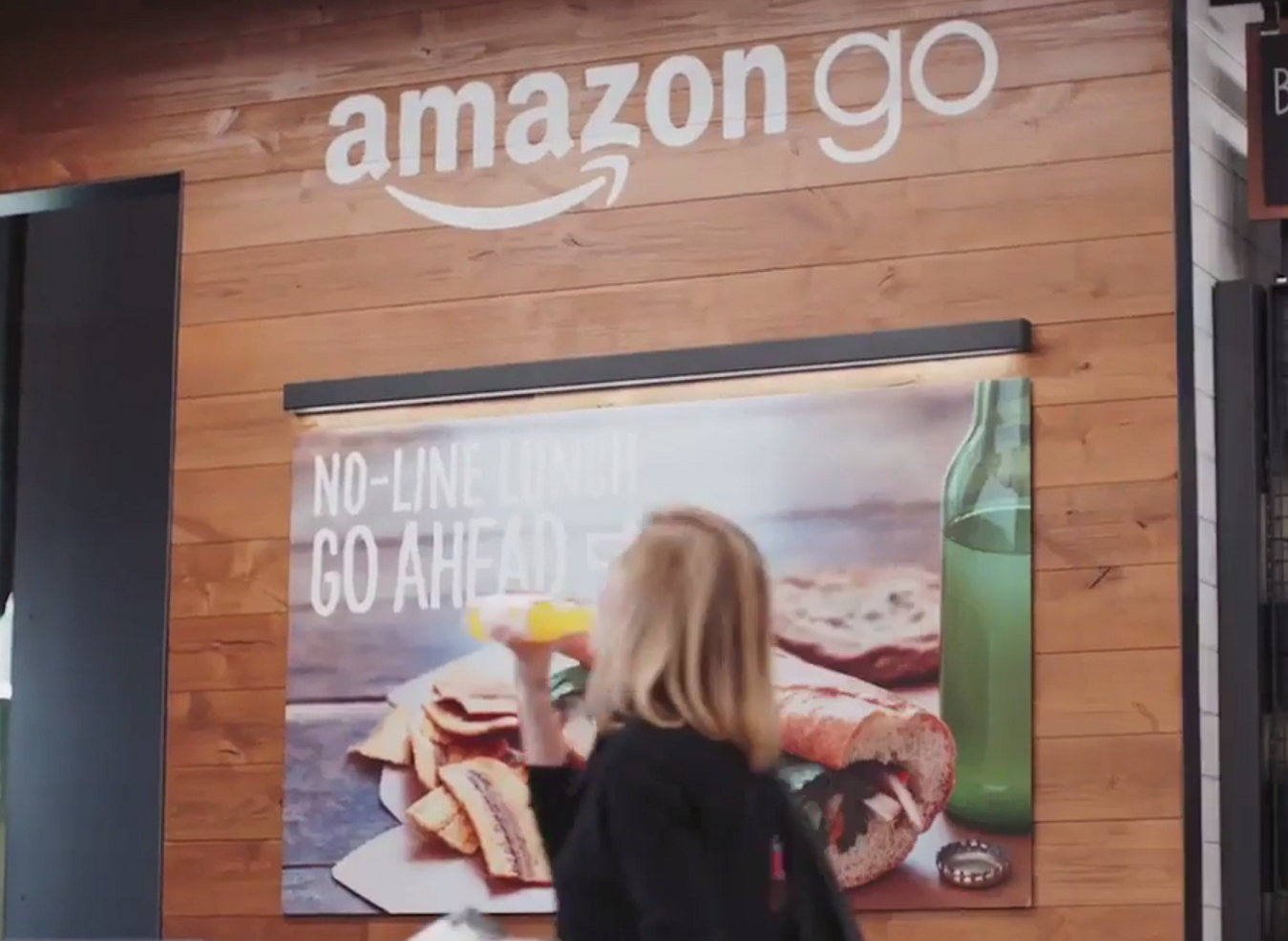 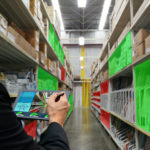