Among the results: People in Europe aren’t as optimistic about digitalization and emerging technologies as their counterparts in Asia.

Nine thousand people across nine nations were surveyed about the perceived benefits of newer digital technologies. In particular, respondents were asked about their views on forthcoming “Gigabit Societies,” a concept championed by Vodafone to describe our connected futures. The sample size ranks this survey among the largest conducted on a cross-continental basis concerning the digital future.

In general, respondents had a positive attitude toward digitalization, but regional differences had a significant impact. In Western Europe and the United States, only about 50 percent of respondents were optimistic about the changes digitalization can bring. This stands in stark contrast to less wealthy nations, including India, China, and Bulgaria, where optimism levels were closer to 80 percent. Emerging nations are relying on digital technology to fuel their growth, and many, including India, are becoming global leaders in digital identification and other areas. Furthermore, people in poorer nations have seen real changes in their lives due to technology; digital banking and payments, for example, are a fact of life for many people who previously had little access to banking. A more cynical interpretation might be that wealthier nations have more to lose, especially as digital technology helps developing nations catch up economically at an even faster rate. The impact on new technology on jobs remains a hot topic in Europe and the US.

Subjects were also asked about the positive and negative impacts on digitalization. The greatest benefit noted was improvements in resource allocation thanks to smart systems than are able to cut back on waste, along with improved mobility due to smart traffic systems, which make it easier to move throughout increasingly congested cities. Forty-eight percent of those surveyed felt the biggest risk of digitalization was the threat of cyberattacks, which become even more dangerous as more of our daily lives are impacted by potentially vulnerable systems. An even greater number, 63 percent, worried that new technology can lead to people being controlled by machines, a concern often addressed in science fiction that now seems to be within the realm of possibilities.

In Europe and the United States, major differences emerged based on gender, with women being less optimistic about digital technology than their male counterparts. Sixty-four percent of men in the US stated that they were positive or very positive about digitalization, while only 45 percent of women stated the same. Results were similar in Germany, with 55 of men percent responding optimistically compared to 44 percent of women. By contrast, gender seemed to have almost no impact on survey results in China and India, where overall optimism was higher in general. Reasons for this gap are difficult to determine, but future study is merited.

Vodafone’s concept of Gigabit Societies affected the questions asked and interpretation of the study. Inger Paus, managing director of the Vodafone Institute believes the study suggests that “many Europeans see the supposedly secure status quo threatened”.

The Western industrial nations have apparently lost their belief in progress. Politics and business must clearly demonstrate that digitisation h as the potential to improve society in the long term. If we do not finally take this path mo re courageously, the feeling to lag behind can quickly become a reality.

Gigabit infrastructure, which is expected to be nearly ubiquitous in the coming years, will allow people to rely on data transfer rates of approximately 125 megabytes per second. Vodafone highlights some of the benefits of this technology. For example, CT scans, which often use up to two gigabytes of data, can take 14 minutes or even longer to send between hospitals using today’s infrastructure.

With gigabit infrastructure, such scans could be sent in only 40 seconds. Education will be transformed as well, especially as reliable and high-fidelity video streaming becomes standard across the globe. In countries such as India and China, people in remote regions connected by high-speed infrastructure will be able to attend virtual classrooms and receive the same education as their wealthier peers in larger cities. This promise, perhaps, may partially explain why less wealthy nations are more optimistic about digitalization.

Professor Christoph Igel, principal researcher for the German Research Center for Artificial Intelligence, states that we’re “experiencing a fundamental change as a result of digitalization”.

“In Europe, this is accompanied by fears of automation or job loss. You don’t have this basic fear in large parts of Asia. On the contrary, digitalization has created many jobs in the first place. Accordingly, people are optimistic about the future.” 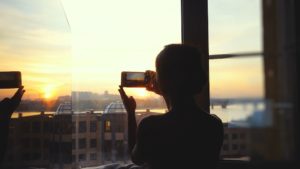 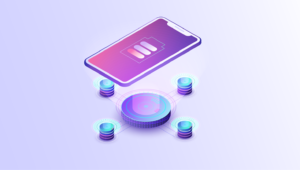 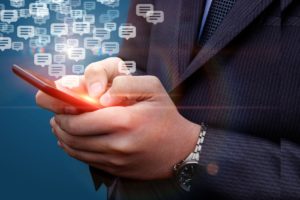 The Evolution of Mobile Malware