One in four businesses at risk from DDoS

A new survey suggests that one in four businesses risk losing access to business-critical systems, due to the lack of an anti-DDoS protection in place.

The study, conducted by Kaspersky Lab and B2B International, also indicates that the lack of protection could lead to financial loss and reputational damage.

Online services with operations that are critical to almost all companies, such as databases, email, and websites can easily be disrupted by even the most unsophisticated attack. According to the survey, a single DDoS attack may cost a company more than $400,000 due to disruption of business processes and the costs of recovery, fines, and restoring reputation. The results also showed that 25% of companies listed the stability of business-critical systems as one of their priorities.

Although the impact of a DDoS attack is significant, a number of companies either do not use anti-DDoS protection (24%), or apply it only partially (41%). The companies listed in the “group of risk”, i.e. those industries attacked most frequently, make up the majority of the companies with no anti-DDoS protection, these are the media (36%), healthcare, and education (both 31%). Moreover, only 15% of companies intend to implement anti-DDoS solutions in the near future.

However there are also companies that recognize the importance of protecting business-critical systems from DDoS Survey. According to the survey, more than half of companies believe that investing in protection against DDoS attacks is justified, and roughly the same number of respondents think anti-DDoS protection is an important cyber security requirement for their infrastructure.

“Many companies see DDoS attacks as harmless when compared to malware infections; however, this sort of approach could end up costing organizations dearly, said Evgeny Vigovsky, head of Kaspersky DDoS protection, Kaspersky Lab. “DDoS attacks can be just as damaging to a business as any other cybercrime, especially if used as part of a larger targeted attack. Protection of the IT infrastructure requires a comprehensive approach and an integral part of the approach is ensuring continuous availability of all critical online systems, regardless of the company’s size or sphere of activity.” 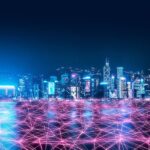