Spanish start-up seeks to do for computer games what Netflix® and Spotify® have done for video and music via its B2B, white labelled service

Spain – 14 March 2018 – After successful launches with TIM in Italy, and in Latin America with Turner’s Digital Ventures & Innovation group, PlayGiga has announced that it is accelerating its roll-out plans for further launches in Europe, the U.S. and Asia by the end of 2018. Unlike existing B2C streaming games platforms, PlayGiga is targeting telcos, Internet Service Providers and media companies which already offer video and music services to their subscribers.

Javier Polo, the CEO of PlayGiga, believes that games represent a huge opportunity for telcos and media companies which are looking for differentiation and new services to keep their subscribers engaged:

We’ve seen the music, film and TV industries disrupted by on-demand services, and I believe that the same will now happen to the global games industry as streaming becomes more commonplace. However, where on-demand services in video and music mostly compete with traditional distribution channels, with games I see it as far more complementary, as cloud gaming can reach a whole new audience.

With the global games industry worth an estimated $109 Billion annually, games now account for 22 percent of the global entertainment spend encompassing games, music, films, TV and video. Whilst other Cloud gaming services already exist, PlayGiga is the only company taking a B2B approach.

Another key point of differentiation is that PlayGiga is targeting families, not hardcore gamers. Families don’t want to spend money on expensive dedicated gaming hardware and want an easy to use solution that includes effective parental controls and a curated catalogue of appropriate games.

In such a competitive global market operators and ISPs are actively looking for sticky, on-demand services to both differentiate themselves and add value for their users. PlayGiga’s CEO sees gaming as a natural extension to their existing music and video offerings:

There are millions of game-playing consumers that can’t afford the latest console or PC, but who will happily subscribe to a catalogue of high quality games through their TV or laptop. I believe that our approach has the potential to create a new revenue stream for game publishers, telcos and media companies, as well as offering millions of gamers the chance to play AAA games that otherwise are out of reach.

Thanks to patent-pending technology, PlayGiga is able to stream games via the Cloud with extremely low latency (30ms) and high quality graphics providing  a gaming experience similar to a dedicated video console, but at a very low cost. This not only delivers a much better gaming experience, but also means that Telcos and media companies can offer the service at a very attractive price to their subscribers.

In Italy, TIM is using PlayGiga for its TIMGAMES service, whilst in Argentina the service has launched under the brand Gloud Games as part of Turner International. PlayGiga’s white label service works via a set-top box for gaming on the TV, or via a computer running Windows or Mac OS. Support for play via Smart TV is also planned.

Coupled with a low monthly cost and a catalogue of more than 150 high quality games, PlayGiga’s proposition is firmly aimed at consumers that are already familiar with the convenience and simplicity of other on-demand services, freeing them from having to buy expensive consoles or gaming PCs.

PlayGiga is a Games-as-a-service (GaaS) company and a pioneer in cloud-based gaming. Unlike other B2C streaming games platforms, PlayGiga’s customers include telcos, ISPs and media companies which already offer video and music services to their subscribers. With PlayGiga, companies can offer users a console-quality experience, a curated catalogue of AAA and AAA+ games and strong parental controls, delivering a family-friendly service.

PlayGiga uses patent-pending technology developed by its own R&D team. PG currently has +40 agreements with top publishers from US, Europe and Asia bringing 140 top games to the streaming platform.It’s senior team has extensive experience in tech and gaming, and is backed by several leading venture capital firms investors. PlayGiga was founded in 2013 in Madrid, Spain. www.playgiga.com 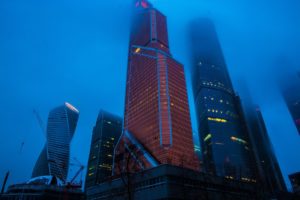 Winners of the First Tourism Hackathon in Moscow Announced 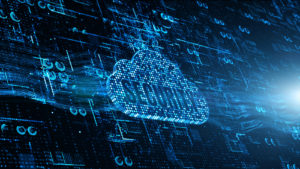 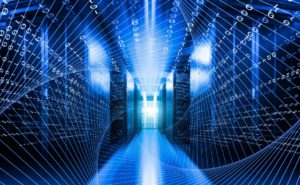