Shoring up your future: The rules of attracting today’s top tech talent

Despite the economic uncertainty experienced by the UK over the past two years, the tech sector is in good health

Since the summer of 2012, tech companies have been experiencing sustained growth in business activity, with a 2018 report finding that the sector was worth nearly £184bn to the UK economy, increasing from £170bn in 2016. Despite the latter part of 2018 seeing business activity in the sector expanding at its slowest pace since the same period in 2015, which many are blaming on Brexit uncertainty, the UK tech sector has a better outlook for the rest of the year than many others.

In this landscape, recruiting and retaining tech talent is a highly competitive business. In fact, I believe that a company’s hiring funnel is just as important as their revenue funnel.  In 2018, it was reported that 83% of tech businesses said that finding talented individuals was their biggest challenge, according to the Tech Nation Report.. Our new State of Software Engineers report has identified that winning in a competitive hiring market for top talent isn’t as simple as offering a big paycheck. So, how else can companies make themselves stand out against the competition when it comes to recruitment?

Tech workers enjoy famously high salaries, with embedded engineers in London earning an average of £71k, 145% more than the UK average. Despite this, developers are often mission-driven when it comes to their work. Just look at Google’s motto to ‘do the right thing’ or Facebook’s now infamous mantra of ‘move fast, break things’. Tech workers look to find greater meaning in their work and truly believe in their company’s mission. Today’s workforce wants to be empowered to solve some of the greatest challenges of our time such as global warming, access to education or autonomous driving. Our latest data revealed that almost half of top tech talent (41%) would only apply for a role if they were interested in the organisation’s mission.

Unsurprisingly, developers also want their roles to be stimulating – in fact, this is one of the key reasons workers seek new job opportunities. When we asked over 2,000 tech workers about their motivations for a new role, 64% said they would leave their current job if they were offered the chance to solve new problems and face new challenges.

Requiring your workforce to be at their desks in the office strictly between nine and five is unlikely to attract superstar developers. In the age of technology and flexible working, many tech workers do their best work outside of the office. In fact, almost half (45%) would like to work remotely 100% of the time.

Software engineers don’t just want to work wherever they want; they have also cited flexibility of hours as key, with 63% of candidates saying they’d prefer to get up early and finish early, rather than having a lie in and finishing later. Developers also hate to be rushed, with 38% saying they hated unrealistic deadlines.

Despite their preference for working remotely, developers are often interested in pair programming (the practice of two programmers working together at one workstation) –  in fact, almost half (48%) said that the opportunity to work in this way would mean they’d be more likely to apply for a job at a company. Giving developers the chance to work on open source projects during work hours is another way that companies can stand out in the hiring market, with 43% of software engineers preferring companies that give them this opportunity.

Offering a top salary might just be one part of the equation when it comes to recruiting for a new employee, but it can often be the deciding factor for candidates who are weighing up whether to accept a job offer. In London, the average salary for technology workers is £58k. Hiring managers should make sure they enter the recruitment process with an understanding of the market value for each role they are looking to hire. That is why every year we publish our State of Salaries report to help both tech talent and hiring managers salary trends based on market.

So what does this all mean for recruiting and retaining the best tech talent? Money makes the world go round, as the saying goes, and making the right salary offer opens the door for top talent to be interested in your organisation. But, beyond salary, ensuring that you are sharing your company’s mission and empowering talent to be part of that solution will go a long way. When it comes to retaining tech talent that can help the business grow and deliver on its bigger objectives is a much more complex ask. Having an understanding of what your potential employees are looking for, from culture to type of work, alongside the vision and ambitions of your organisation, will help create a dedicated workforce that will benefit the company and the individual in the long term. 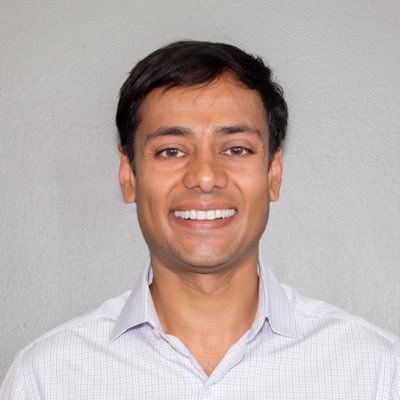 Mehul Patel, CEO of Hired. Hired is a marketplace that matches tech talent with the world’s most innovative companies. Hired combines intelligent job matching with unbiased career counseling to help people find a job they love. Through Hired, job candidates and companies have transparency into salary offers, competing opportunities and job details. This level of insight is unmatched, making the recruiting process quicker and more efficient than ever before.