Winners and Losers in the Age of the ‘Splinternet’

There is little doubt that we have entered a new era of the Internet, a division between nations, which many government and industry watchers have termed The Splinternet

The Splinternet is, essentially, the splitting up of the internet into country-specific and region-specific internets focused on data sovereignty and data protection. It is a formidable challenge to businesses operating in multiple countries.

In this new business environment, there will naturally be winners and losers. As such, this post will highlight three areas to watch:

Today, more than 30 world regions/nations impose Data Sovereignty regulations, including the EU, Brazil, China and India. Even California is imposing the California Consumer Privacy Act (CCPA). From a business perspective, it does not seem to matter if the splintering of the Internet is caused by policies meant to protect citizens, like GDPR and CCPA do, or if the policies are meant to give government more authoritarian control (as in China, Russia and Thailand). For businesses, the end result is the same—they must adapt data strategies to remain viable and compete within all these regions. Yet, many businesses simply cannot do that. They either lack the know-how, the capabilities, the budget, or all three of them.

Today’s biggest losers vary based on which splintered section of the Internet we examine. Let’s look at four examples of major losers today.

American Retailers, Gaming companies, and Service Providers: GDPR alone has forced numerous American brands to pull out of Europe entirely, because they simply cannot navigate the data requirements to avoid running afoul of the regulation. This exposes them to fines that could total up to four percent of their global annual revenue. That’s simply too big a risk, and the cost to ensure compliance is too much. You may be surprised to learn that those pulling out of the EU include the following names: Williams-Sonoma and Pottery Barn websites; Klout—social media analytics service that rates users’ online social influence; Drawbridge—an identity-management company; Verve—a leading mobile marketing platform; Valve—a video game company (shuttered a game community); Uber Entertainment and Gravity Interactive; even Brent Ozar Unlimited—an IT and software support services company.

Small Cloud Vendors: Because small cloud vendors lack the resources to own data centers around the world, they cannot offer their customers the necessary multi-region data storage services of the mega-sized cloud vendors (I.e., AWS, Azure, Google, IBM, etc.). Customers of these companies will either switch away from them, or these vendors will have to strike deals to leverage the local data centers of larger cloud vendors, like AWS, Google, Azure, and IBM. Even if they can strike such deals, margins will tighten for them.

U.S.-based Payment Processors: U.S. payment processors, such as American Express, Mastercard, and Visa, are suffering from the Indian central bank’s directive demanding local payment processing data remain in country. Not only are these companies losing significant revenue in India, their inability to operate there has enabled the growth of India’s own homegrown Unified Payments Interface (UPI). With UPI, local companies like PhonePE and PayTM have become payment systems of choice that provide the service without any need for a gateway to feed funds to bank accounts.

AdTech and Ad Networks: According to Reuters, GDPR “has put a small army of tech firms that track people online in jeopardy and is strengthening the hand of giants such as Google and Facebook in the $200 billion global digital advertising industry.” According to Harry Kargman, founder of the mobile ad firm Kargo, his company pulled out of EU countries because “There is too much uncertainty, and I don’t think [that will change] until they apply it in specific cases.” Even France’s Publicis—one of the five largest advertising companies in the world, acknowledges that it is feeling the pain, because advertisers are wary about the legality of their actions and do not know which ones to take and which to avoid.

Fortunately for today’s tech giants, they will benefit most from the uncertain times brought on by the further splintering of the Internet. Those with the most to gain are the large cloud providers, as businesses will turn to them for the ability to absorb new regulations. They can also substantially grow their business by stepping forward to offer new data services to help the thousands of small and midsized companies that need help navigating the Splinternet.

Major Publishers: Finally, some good Internet news for large publishers. After years of having their advertising revenue subjected to a death by a thousand cuts from small ad networks and hundreds of AdTech middlemen, large publishers are regaining advertising power. With the need to gain user consent surrounding data usage under GDPR, advertisers are opting to buy from publishers directly, because the latter can ensure their online slots are compliant with GDPR rules.

Facebook and Google: Facebook and Google will benefit greatly from the Splinternet, as advertisers trust that they are both fully compliant with regulations across all their platforms. Losing the tech middlemen should provide a boost to the newspaper industry which is still grappling with the shift online, where ad rates are far lower than those charged for a space in a physical edition.

The two companies continue to find creative ways to obtain and analyze growing troves of consumer data without violating laws and regulations. For this reason, ad buyers are sometimes passing over competitive (even better) tracking tools, giving Facebook and Google even greater market domination. In fact, Google has seen this trend emerge and has responded by requiring advertisers who use the platform to also use Google’s Ads Data Hub application for measuring campaign effectiveness.

Large Cloud Vendors: The high cost of complying with the various rules and regulations in different regions means that only the largest cloud providers (AWS, Azure, Google, IBM, etc.) can afford to establish new data centers and incorporate innovative data management technologies to ensure their customers remain compliant. Of course, even the largest providers will have to carefully map out plans and develop offers to draw in customers. A big part of this effort will require a robust data orchestration offering—one that tells customers the data they collect and transmit is in full compliance with each region’s data sovereignty rules. Customers will need evidence of their data’s storage locations, where it moves, and where it is processed. Vendors will also need to offer customers flexibility in managing all types of data, with real-time configuration change capabilities to respond to changing regulatory environments.  The CEO of VMWare even highlights data sovereignty as one of the three laws that makes the case for the future of hybrid cloud.

IT and Data Consultancies: The larger the enterprise, the more complex data strategy creation is likely to be. BCG, McKinsey, KPMG, Deloitte, Accenture, and others are already working on major strategic data projects with large enterprises. No doubt, the multinational expertise these companies possess in areas beyond IT will help them map out strategic data management approaches within the context of this new environment.

Here’s what BCG stated about the need: “CEOs…want to find a reliable way to move their companies into the data-driven future so that they can set up their companies to survive—and not put them in danger in the process.”

The Splinternet is real, happening now and can not be ignored.  Some just call it censorship, but that is just too easy/lazy of an explanation.  The Internet started as an experiment and has blossomed into a free and open global medium; but now that more activity is happening in the digital world than in the physical world, people are starting to realize that many of the core laws, principles and behaviors that are accepted in the physical world must be appropriately translated to the digital world.  As a result, we view the Splinternet as a new phase of this experiment that we call The Internet…one in which local governments and sovereign people groups are trying to get some control back for their local economies.

Sovereign nations have sovereignty in the physical world. Yet, most nations find themselves in a situation whereby Amazon, Facebook, Google and other titans of the Internet dictate how people shop, purchase, socialize, and even what they should see. These governments are now taking a step back and evaluating what they should be doing to best govern their people and local businesses… 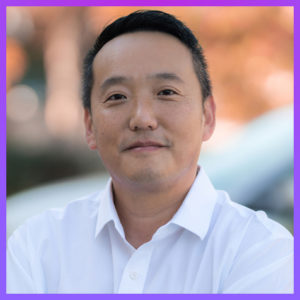 Jeff Kim is CEO at Kmesh. He has been in the cloud infrastructure space for over 20 years. Recently, he was Founder/CEO at Neumob (acquired by Cloudflare) and President/COO at CDNetworks (acquired by KDDI). He previously worked at Akamai, BitGravity, Sprint-Nextel and Accenture 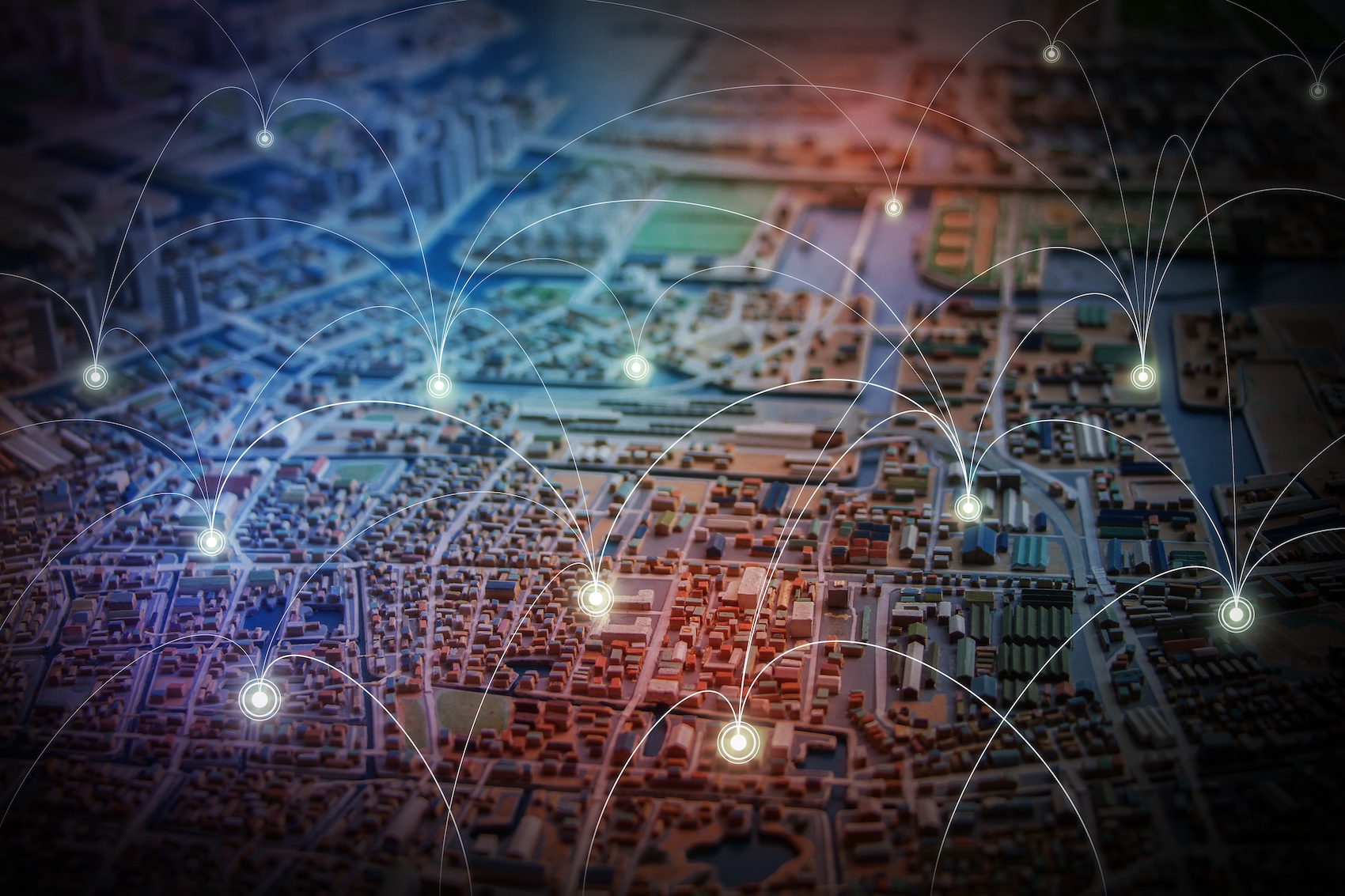 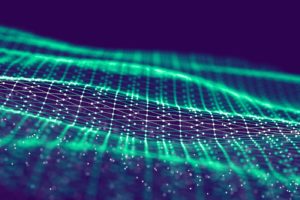